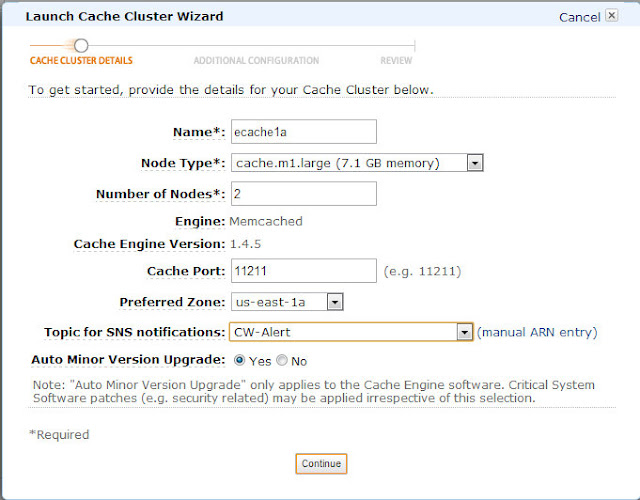 Step 2: Additional details during launch
As part of the additional configuration during launch process:
You may need to configure the Cache security group and Parameter group for your Amazon ElastiCache Cluster in this section. 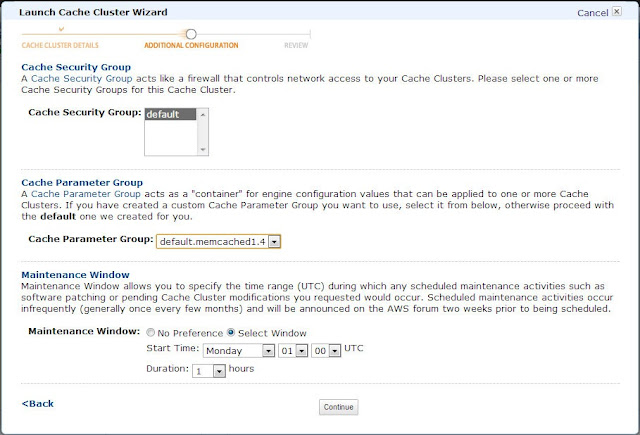 Cache Parameter Group: You can either create a new parameter group or use the default memcached parameter group. AWS provided default will suffice for most use cases. The parameters will be applied to all the cache nodes in the Amazon ElastiCache cluster.
Maintenance window:  Amazon ElastiCache is a Managed service and AWS team will take care of certain routine management activities without your intervention automatically. Maintenance window is one such period in which AWS team will carry out scheduled maintenance like software patching in this configured time. In case your instances are rebooted after the maintenance window period, the cache node(s) have to be properly warmed. Since Amazon ElastiCache currently relies only on RAM which is ephemeral in nature, such cold state is unavoidable. If you have multiple Redundant ElastiCache clusters in Multi-AZ you can rotate the maintenance window to your advantage and keep the cache entries warm in your cache nodes. Refer URL: http://harish11g.blogspot.in/2012/11/amazon-elasticache-memcached-ec2.html to know more about this technique.

Step 3: Review and Launch
Review your configuration and proceed to launch. In case any of the details configured need to be modified you can always go back from this screen. Usually a launch of 5 X cache.m1.large nodes in US-East will take around ~320 seconds. This may vary time to time depending upon the cache node type, number of cache nodes and Amazon EC2 regions in consideration. 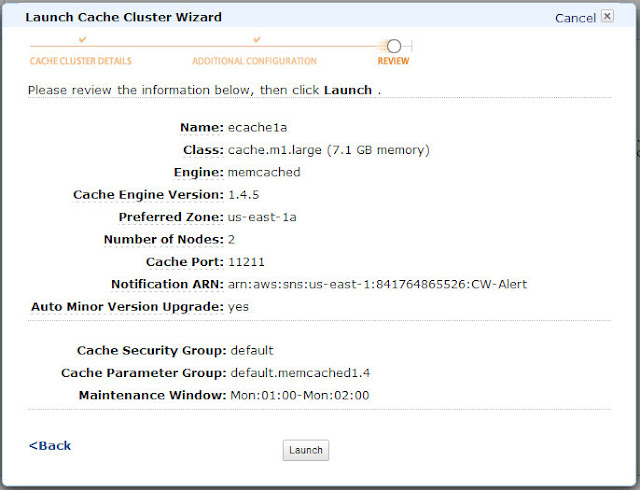