Varnish is an HTTP accelerator designed for content-heavy dynamic web sites. It sits in front of your web server. Varnish caches and stores web pages in memory so that web servers don't have to create the same web page over and over again. Varnish Cache serves pages much faster than any application server; giving the website a significant speed up. We have seen use cases with Varnish , where pages can be delivered sub-second to the browsers. (Publish once - Read many scenarios).
Example : In an online newspaper site , content is published once and not updated often . But it is read by millions in a day. Varnish page caching is suitable for this scenario because the fully formed-published page can be cached and served from the Varnish Layer instead of hitting the web server every time.
In online classifieds scenario , ads will be posted->published and will not change quite often. In some classified sites , the ads usually go through an approval process before publishing. In such scenarios the ads can be cached and served from Varnish itself instead of backend servers
Varnish can be scaled using following strategies in AWS:
Varnish Scale up :
This is most simplest strategy to implement in the scaling process. When your varnish cache memory or CPU is the bottleneck , we can always increase the Varnish EC2 instance to next higher capacity. This task can be done manually or automated in AWS. Follow the below steps while scaling up Varnish manually or automatically :
For example : Varnish-EC2-A (m1.large) is scaled up to (Varnish-EC2-B)
Different EIP under Route 53: 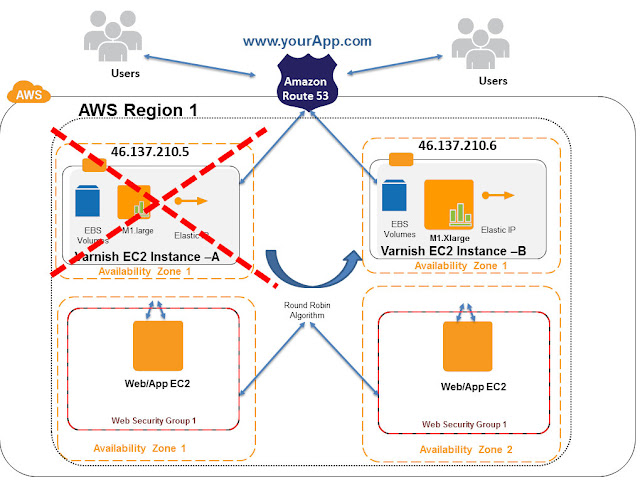 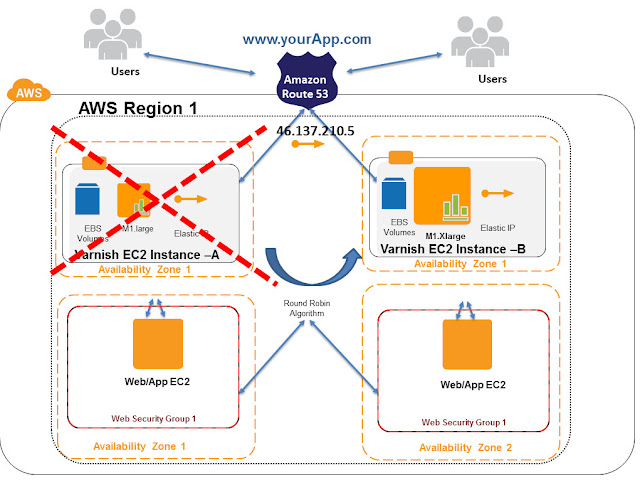